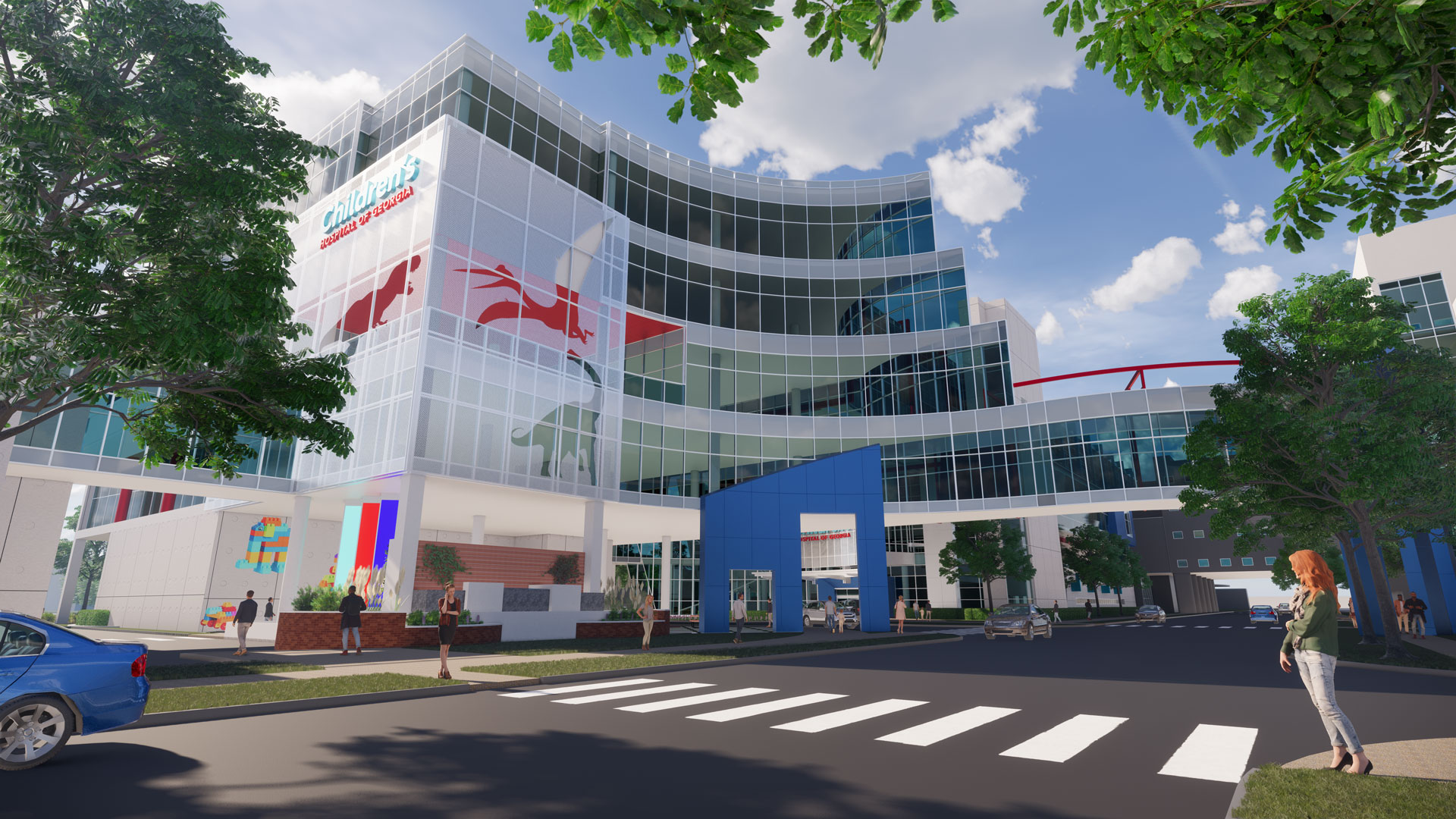 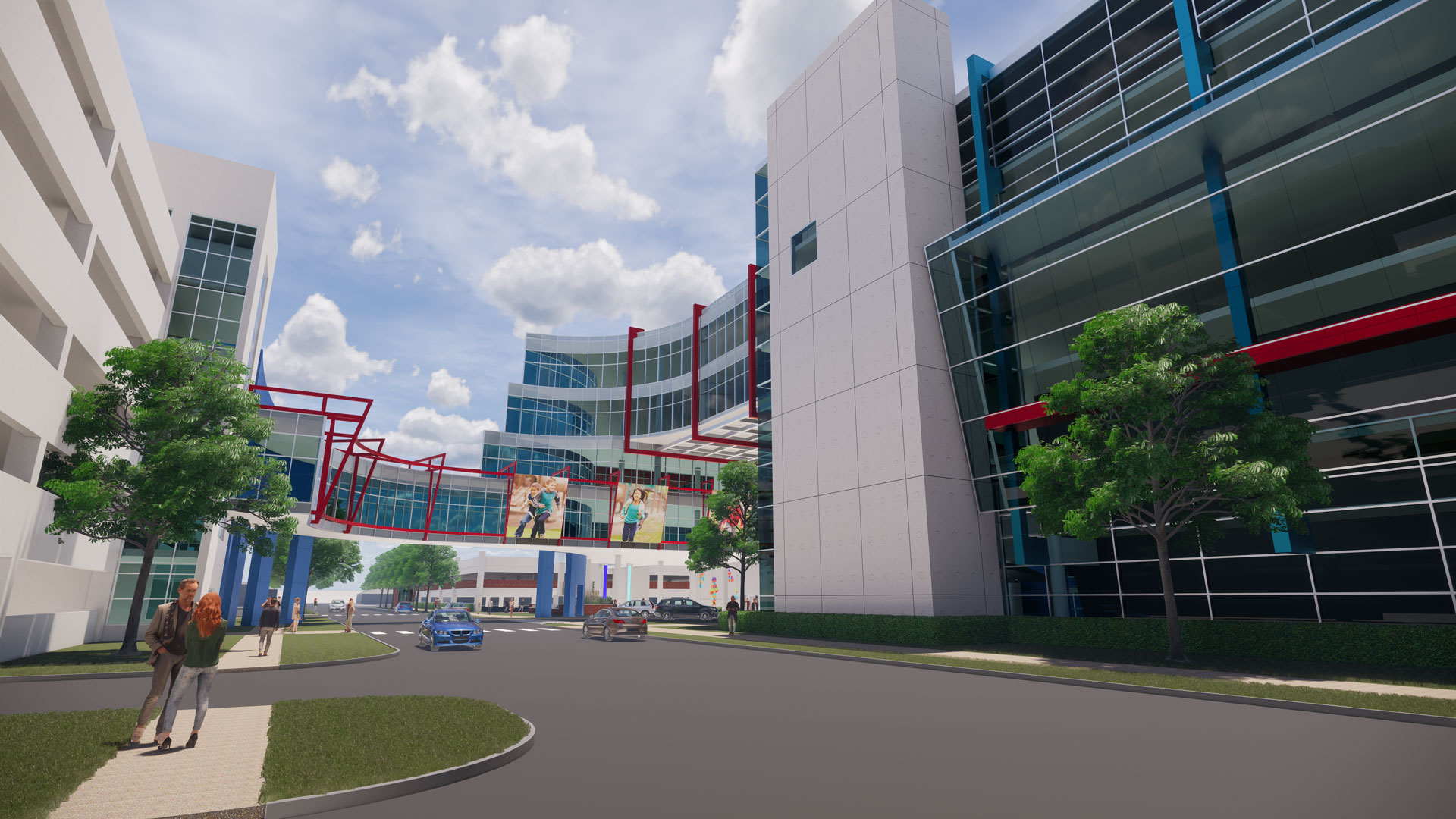 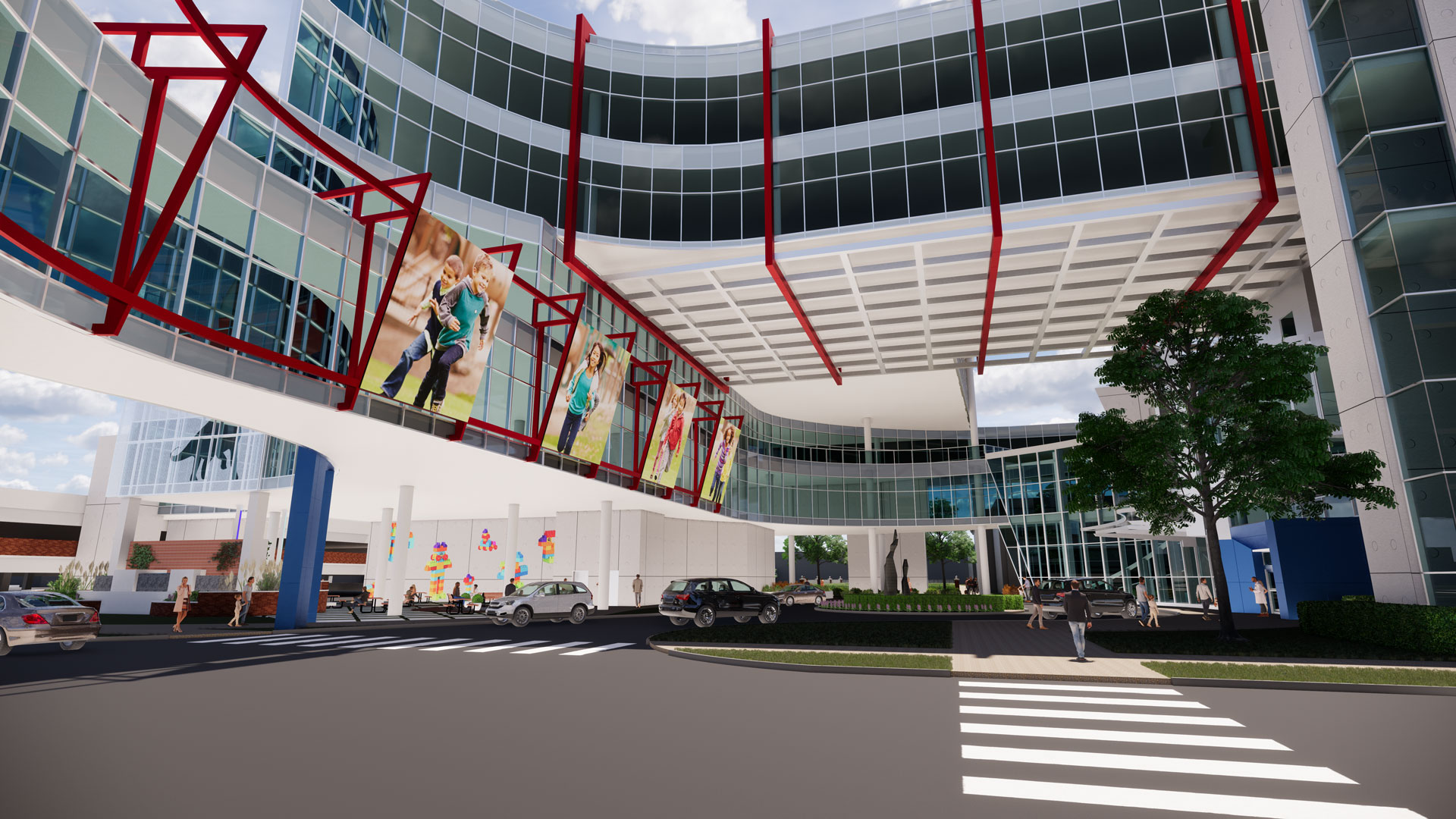 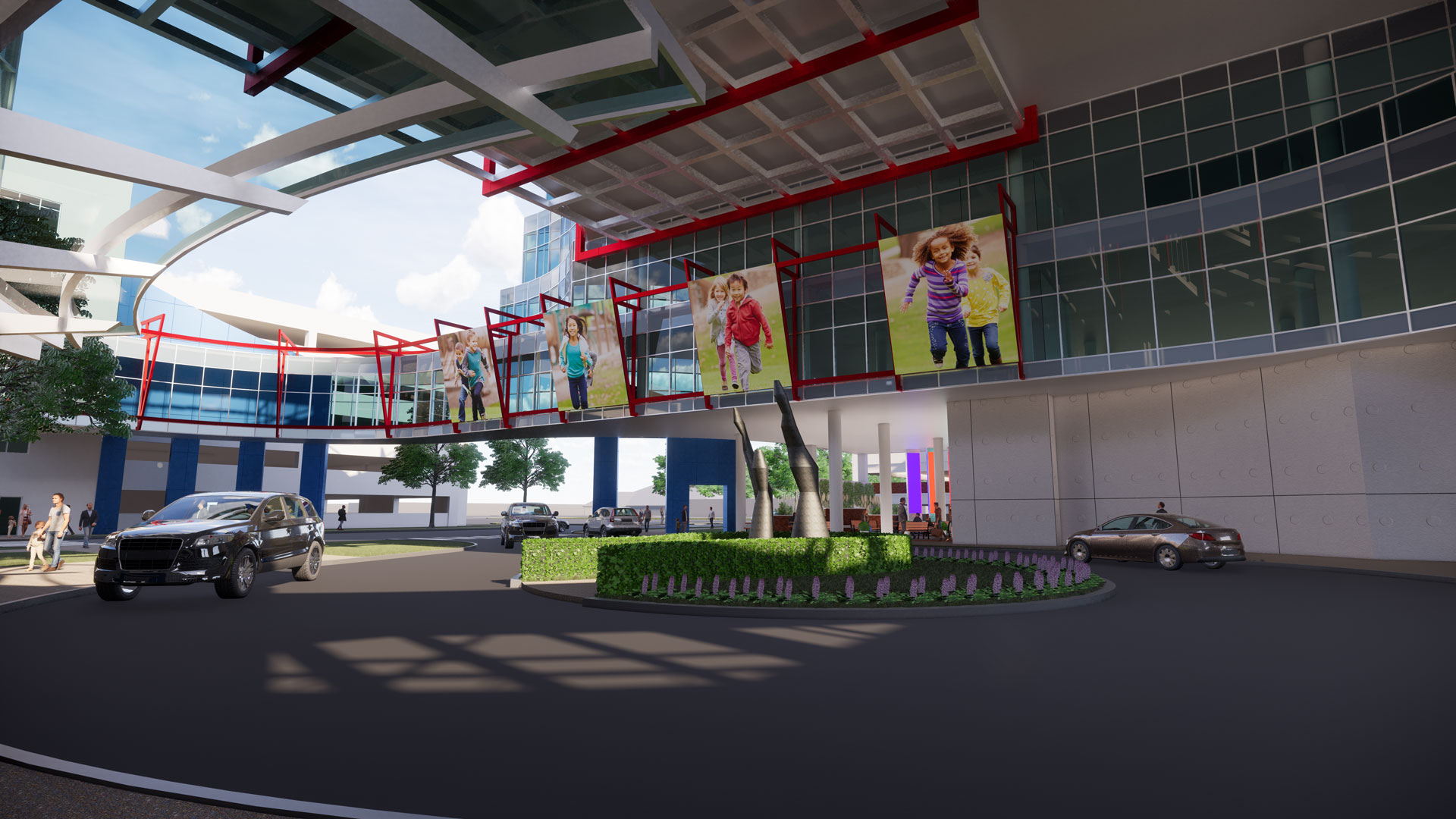 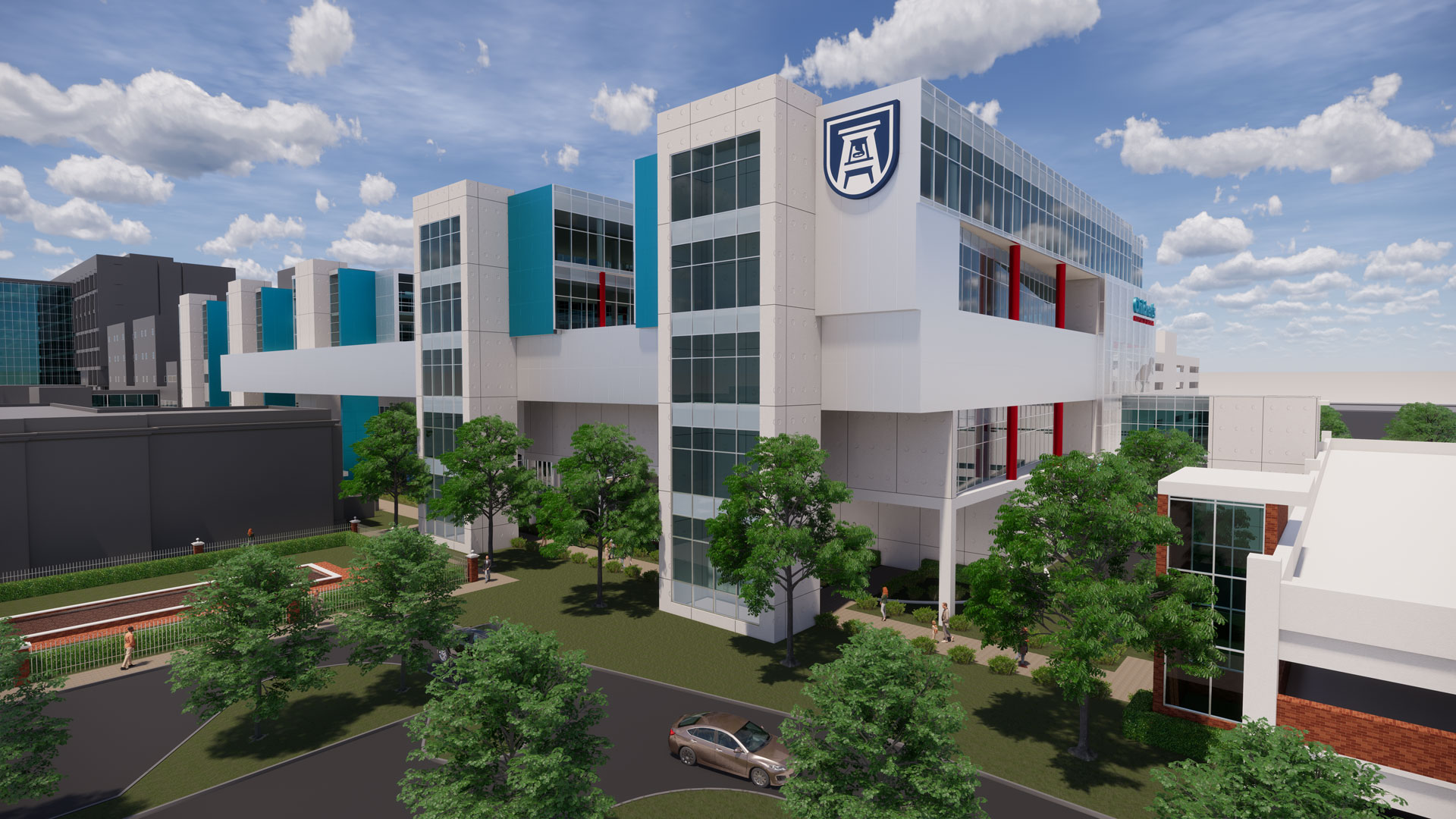 We participated in a design competition to design a 5-story Addition onto the Children’s Healthcare of Georgia Building. The purpose of this expansion was to create a new tower that would house a state-of-art Neonatal Intensive Care Unit (NICU), a Pediatric Cardiac Critical Care Unit, and a Pediatric Bone Marrow Transplant (BMT) Unit. Our solution to this design brief was to extend the building East over the existing drop-off roundabout and anchor into the ground floor in the existing green space. By maintaining and covering the dropoff, we create a semi-enclosed atrium space that has the potential of doubling as an events space when needed. The additions form and materiality were both heavily influenced by the existing building. The Client put an emphasis on increasing the visibility of the main entrance, which was currently recessed from the main vehicular thoroughfare. In response, we pulled the facade out over the street so it could be seen from a greater distance. Finally, we increased the pedestrian connectivity of the site by bridging between the addition and two existing parking decks. This allowed patients to be covered from the elements throughout their stay at the Hospital, which was lacking from the existing design.